Is the Tooth Fairy Real? 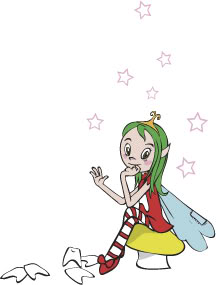 A bit about teeth: Most babies begin to teeth between 6-12 months of age, the lower front teeth erupting first. These baby teeth (deciduous teeth) will then be replaced with permanent teeth (adult teeth) beginning around age 6 and culminating somewhere around the age of 12. All told, 20 baby teeth will be replaced.

The Tooth Fairy legend tells us the real Tooth Fairy is a magical creature who exchanges lost baby teeth for money or a small gift. The child places the lost tooth under their pillow; once asleep, the magic begins! The real Tooth Fairy appears in the night and replaces the tooth with her treasure. SOMETIMES, she will leave behind a trail of fairy dust!

What does this have to do with the question, "Is the Tooth Fairy real"? Let's look at the origin of the Tooth Fairy legend. Long ago, many societies viewed teething as a rite of passage. When you think of it, teething transforms the nursing infant to a chewing baby. The loss of baby teeth and acquisition of permanent teeth transforms the chewing baby/toddler to a young child. Superstitions abounded surrounding these milestones. Back when witches were thought to cast spells and curses upon an unsuspecting soul, using snips of hair or fingernail clippings, folks decided that the proper disposal of teeth should be a mighty high priority!

The Tooth Fairy Legend, as we know it,  is a magical creature who exchanges lost baby teeth for money or a small gift...however, this varies somewhat from country to country.

For instance, Italy's Tooth Fairy (Fatina) legend tells us that she often comes in the form of a small mouse. Lowland Scotland's white fairy rat purchases teeth with coins. In medieval Scandinavia, a gift of money was given to a baby who cuts its first tooth. In Turkey, children make a wish while throwing their lost baby teeth onto the roof of their house. In some Asian countries, tooth disposal depends upon whether the tooth was lost from the upper or lower jaw; it is thrown onto the roof if it came from the lower jaw, placed beneath the floor if it came from the upper jaw. While doing this, they shout a request for the tooth of a mouse to replace the lost tooth; mice teeth continue to grow throughout their entire lives!

Southern India children bury their teeth in the hope that a newer one will grow. Children of Middle Eastern countries toss baby teeth up into the sky toward the sun or to Allah asking for a better replacement tooth.

So, what about the real Tooth Fairy? Is the Tooth Fairy real? Does the Tooth Fairy Exist? Well, according to Tooth Fairy history, she was first sighted in the early 1900's. She was seen more and more often as time went on. She became famous in 1949 when Lee Rogow wrote a book about her called (of course) "The Tooth Fairy". People were becoming more aware of dental hygiene and its importance, and the Tooth Fairy helped promote this. 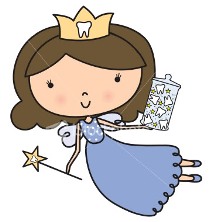 The Tooth Fairy legend from Finland, tell us that Hammaspeikko, is a Finnish tooth troll, though not as well-known in the US, certainly helped promote dental hygiene, too. This scary-looking troll is lured by candy and sweets. Because trolls like to hide in nooks and crannies, it can squeeze between the teeth and has been said to actually drill holes in them! The only help for this is tooth brushing--it scares him away. Could this be the sweet Tooth Fairy from an American Tooth Fairy Legend? Is the Tooth Fairy real? Does the Tooth Fairy exist? Then, what does the she do with all those teeth? There are different thoughts on the subject.   (Tooth Fairy Economy)

In an old Tooth Fairy legend, it was suggested (by a fairy) that lost teeth make excellent building material--like bricks! They use them in fairyland to build castles, cottages and the like. I've heard that they are used to build pathways and stepping stones, too, throughout fairyland. Denture adhesive makes a good filler, sealing teeth together.

Have you ever wondered what is inside of a baby's rattle? Yes, I think a Tooth Fairy legend tells us that the fairies have a hand (or tooth) in that business! I've heard that baby teeth are sometimes returned to fairyland where they become stars in the sky. Leftover baby teeth are ground to make fairy dust.