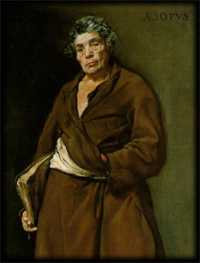 Aesop's Fables, or the Aesopica, is a collection of fables credited to Aesop, a slave and storyteller believed to have lived in ancient Greece between 620 and 564 BCE.

The fables originally belonged to the oral tradition and were not collected for some three centuries after Aesop's death.

Aesop - The Shepherd and the Dog is one of the fables where he did not write a moral at the end.

Read it and let me know what you think the MORAL should be.

The Fable - Aesop The shepherd and the dog

Aesop The Shepherd and the Dog

A SHEPHERD penning his sheep in the fold for the night was about to shut up a wolf with them, when his Dog perceiving the wolf said, "Master, how can you expect the sheep to be safe if you admit a wolf into the fold?'

What do you think the MORAL should be?

Tell us what you think. Share it!
We will publish it on our site.