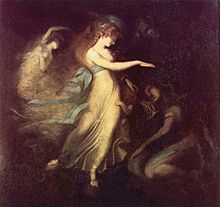 Fairy Queen is defined as 'Queen Of All Fairies'.  This then,  should be a major topic in any discussion about Fairies.  There  are references in some very famous literature and a lot of fairy tales to a fairy queen.  They are all based on folklore, history and legends from different cultures.

Here we will discuss the authors by name, the fairies they wrote about and and the places they were mentioned.

Sebile, Sedile, Sebille, Sibilla and Sibyl are names are names given to a medieval fairy queen in a lot of these legends.  She is usually cast as a noble faithful lady or a sexy femme fatale.  She is sometimes made to be the wife of Sir  Lancelot or even sometimes the mother of King Arthur.

Both Edmund Spenser and William Shakespeare used folklore concerning the Fairy Queen to create characters and poetry, Spenser in The Faerie Queene and Shakespeare most notably in A Midsummer Night's Dream. 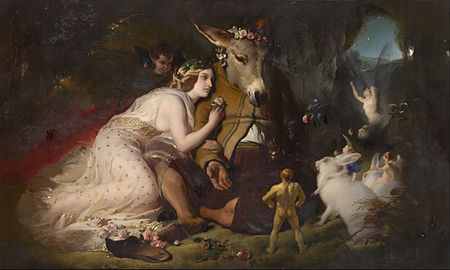 for Gloriana, Queen of Faeries" derived from the name of the wife of Tarquinius Priscus.[1] She is the daughter of Oberon, who in Shakespeare's later play is married to Titania, a name derived from Ovid as an epithet of the Roman goddess Diana. Diana was regularly portrayed as the ruler of the fairy kingdom in demonological literature, such as King James VI of Scotland's Daemonologie, which says that she belongs to "the fourth kind of spirits, which by the Gentiles [non-Jews] was called Diana and her wandering court, and amongst us is called Fairy (as I told you) or our good neighbours"

.From “A Midsummer Night’s Dream,” Act II Sc. 1.
OVER hill, over dale,
Thorough bush, thorough brier,
Over park, over pale,
Thorough flood, thorough fire,
I do wander everywhere,
Swifter than the moon’s sphere;
And I serve the fairy queen,
To dew her orbs upon the green;
The cowslips tall her pensioners be;
In their gold coats, spots you see;
These be rubies, fairy favors—
In those freckles live their savors.
I must go seek some dewdrops here,
And hang a pearl
in every cowslip’s ear. 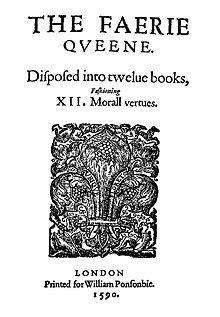 . In The Faerie Queene, Spenser's fairy queen is named Gloriana, and is also referred to as Tanaquill, which "appears to be an epithet for Gloriana, Queen of Faeries" derived from the name of the wife of Tarquinius Priscus. She is the daughter of Oberon, who in Shakespeare's later play is married to Titania, a name derived from Ovid as an epithet of the Roman goddess Diana. Diana was regularly portrayed as the ruler of the fairy kingdom in demonological literature, such as King James VI of Scotland's Demonology,

The Fairy-Queen (1692; Purcell catalogue number Z.629) is a masque or semi-opera by Henry Purcell; a "Restoration spectacular". The libretto is an anonymous adaptation of William Shakespeare's wedding comedy A Midsummer Night's Dream.[2] First performed in 1692, The Fairy-Queen was composed three years before Purcell's death at the age of 35. Following his death, the score was lost and only rediscovered early in the twentieth century.

Purcell did not set any of Shakespeare's text to music; instead he composed music for short masques in every act but the first. The play itself was also slightly modernized in keeping with seventeenth-century dramatic conventions, but in the main the spoken text is as Shakespeare wrote it. The masques are related to the play metaphorically, rather than literally. Many critics have stated that they bear no relationship to the play. Recent scholarship has shown that the opera, which ends with a masque featuring Hymen, the God of Marriage, was composed for the fifteenth wedding anniversary of William III and Mary II. 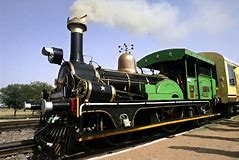 What does this have to do with Fairies?   Well  with a name like that, I thought maybe....BUT it does not appear to have anything to do with fairies.  I have researched Google,  India History and India Train History and none of them have any mention why in 1895 they named this "The Fairy Queen Train"

Saying all that, about the train.  It is the oldest luxury trains in the world that still operates, 1855.  It is in the Guinness Book of World Records.  It is decorated like it is ready for Royalty.  It offers two day tours to the areas around  Delhi, Alwar and the famous Sariska Tiger Reserve in Rajasthan,  But, I can't find any reason for choosing this name.   If you know, let me know in the comments below.