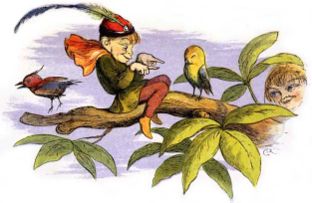 What Is An Elf or An Elve?

An elf is a fantasy creature first described in German Myths. Originally they were imagined to be a race of a minor nature and were considered fertility gods. They were described as always appearing youthful with the female being a creature of great beauty. They are portrayed as living a very long time or even being immortal and having strong magical powers. These mythical elves lived in forests and caves, or in wells and springs.

The belief in these mythical creatures is similar to the belief in the spirits of nature and the belief in spirits of the deceased. This belief is that there exists spirits that reside in bodies and are separate from these bodies. This belief is common in nearly all human religions. It is also true from research of these old beliefs, that elves are believed to be the longest-lived species known in the World. They hold a very special place in the imagination of both children and adults from many, many lands.

Elf and/or Elves, Are Elves Real?

Their long life makes them cautious, for they have much to lose by making a thoughtless choice, and much time to contemplate things to avoid. Their culture is incredibly conservative and well established. Few of these mythical creatures are seen in the world and those that are seen were probably sent here to study on going events and report back. This was done so that their community might not be caught unaware by events outside their world.


These fantasy creatures are known for a natural affinity with elf magic. This is probably due to the long years they have to study magic. The same goes for their great ability with bow, sword, and nearly any other weapon or skill one can think of.

Elves are very reluctant to give out information about themselves. Still, it is known that elves have some relation to fairies and other magical creatures. But, this link still remains unknown, even to most elves.

According to a convention of modern fantasy, the 'v' in elven or elvish refers to human-sized creatures (who correspond more closely to those of the old Germanic paganism).

Christmas elves or Santas elves, live and work in the North Pole. These pretty little creatures with red or green (Christmas colors) cloths have great magical powers. They are Santa's little helpers, making toys in Santa's workshop. Not only do they make all the toys, they must take care of Santa's reindeer, and maintain the sleigh. These Elves also sort through Santa's letters from the children and make sure that these children are asleep before Santa delivers presents on Christmas Eve. Click here for Christmas Elves.